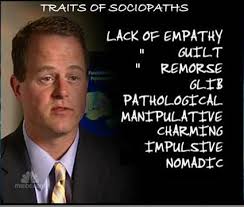 I read Mrs Woog’s post today on The Seven Habits of Highly Irritating Husbands.  If you haven’t read it yet, go and do it now, you’ll probably laugh.

My immediate response to posts like these is “You think THAT’S irritating? THIS is irritating!” and proceed to list all the misdemeanors my ex committed.  I even started to write a comment on Mrs Woog’s post along these lines, but managed to stop myself, just in time, for once.

You see, I totally understand the spirit in which such posts are written and I remember being among the women who are privileged enough to talk about their partners like that.

What happened to me was highly unusual.  Not unheard of, but definitely out of the norm.  I hate that. I resent not being part of the “wife club”.

I was made a wife when I got married and am finding it incredibly difficult to accept that I am one no longer.  The process that obliterated my “wife” status does not seem complete.

The divorce process is about creating a piece of paper – with all the “i”s dotted and “t”s crossed.  It is cold and impersonal, transacted in dry legal language, not requiring either party to be present.  Yes, you become a “party”, even though the lawyers keep referring to you as husband and wife.  Until the hearing is over and you eventually receive your piece of paper in the mail.

Contrast this to the highly emotional process of marriage, where each word is chosen carefully and is pregnant with boundless meaning and possibility.  Marriage is conducted in public, witnessed by everyone who is important in your life and celebrated with joy.  At least mine was.

I need an “unmarriage” ceremony.  One that is charged with meaning, witnessed and mourned by everyone who matters.  One where I can scream and wail and utter words which will adequately express the anger, the disappointment and  the disgust I feel about the way I was treated.

To me, the end of my marriage has been, and continues to be, like a death.  It is made more so by the knowledge that everything I thought I had, every single experience, was a lie.  What I had might as well have not existed.  They only proof that it did, is the hatred I continue to feel towards the sociopath who bluffed me into loving him and the people he conspired with to keep me blind.

I will end how I meant to start, with:

Oops!  That’s more than seven.  And that’s only the tip of the iceberg.
My suggestion is to NOT marry a sociopath.  If you feel that something isn’t right, it most likely isn’t.
***************
If you are brave enough to have your business name and logo here, there is still time to sponsor me for the Digital Parents Conference in March. Find out how:

I've been blogging since 2008 and I do it because it keeps me sane.If I didn't blog, my head would explode. If you like your blogs sugar-coated and pretty looking then this is not for you. I write about life as a solo parent dealing with mental illness and recovering from long term emotional abuse. I live with two boy-children and three cats and I like wine. A lot.

This site uses Akismet to reduce spam. Learn how your comment data is processed.

I write about whatever's in my head, because it's cheaper, and more effective, than therapy.

I use and recommend

I learnt to run with…